Speaking to dbHK at last week’s Wine and Spirits Fair, Geber said: “Cabernet Franc is like perfume on a woman. It brings out the best qualities of the wine, it’s lovely on the nose and releases these gentle aromas – if used subtly.”

The proprietor of iconic Barossa property, Chateau Tanunda also said that the “Barossa is like Australia’s Napa” but at much better value. 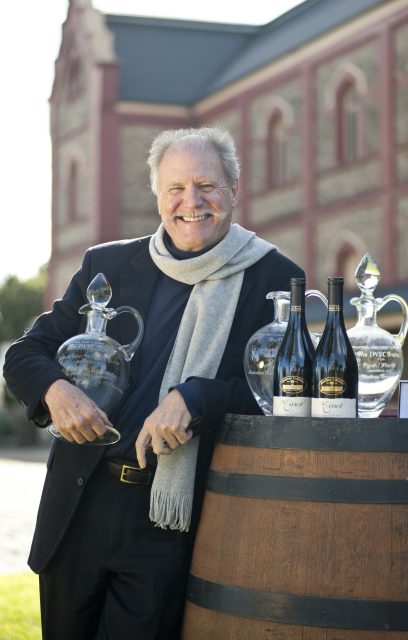 “We have some of the oldest vines in the world, and we use our own roots, never rootstocks. Where else can you have 50 year old vine Cabernet Sauvignon or 150 year old vine Semillon? While I’m not knocking any of the Napa estates, their wines are three to four times higher in price.”

Before taking on Chateau Tanunda in 1998, South African John Geber was (and still is) a tea addict, working at Tetleys Australia where he is credited for creating the ‘Tetley All-Rounder’ teabag – a moniker that has stuck with him for life.

Nevertheless, it boosted Tetley’s market share by 30% and cemented Geber’s name as a marketing whizz, which is a talent he has applied to Chateau Tanunda in promoting its old vine focus as well as using his tea blending expertise for his wines – such as his 150 year old vine ‘Rhone-style’ field blend, made with Grenache, Mourvèdre and Malbec.

Meaning “where two rivers meet”, Chateau Tanunda has over 250 hectares of vineyards spread across Tanunda, Bethany, Vine Vale and Eden Valley and is indeed home to some of the Barossa’s oldest vines, including bush vine Grenache and Shiraz which are over 120 years old. The fruit goes into the estate’s top wines, the Trilogy of Centenarians and The Everest which is handpicked, basket pressed and unfined and unfiltered.

The Everest, which retails for around AUS$195 a bottle is only made in exceptional vintages and “represents the whole pinnacle” of winemaking at Tanunda, said Geber.

“Shiraz can be too one dimensional, so if it’s not going to taste good then we won’t release.”

Geber’s 50 year old vine Cabernet Sauvignon again is unfined and unfiltered and harnesses “all the power from the bottom of the Barossa Valley in Penrice.

“I call it the Mike Tyson of our collection. It’s strong, muscular and will just keep on going.”

“If you’re spending $16, and still getting a single vineyard 100% Shiraz with 16 months ageing, then I think this proves how much we’re championing the Barossa.

“I feel that if we can’t get one of our cheapest bottles right, then what are we doing?” 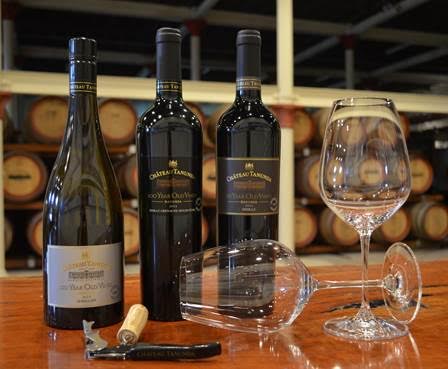